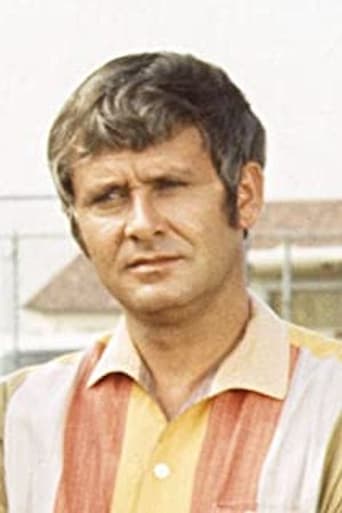 From Wikipedia, the free encyclopedia. Roger Perry (born May 7, 1933) is an American film and television actor whose career began in the late 1950s. In the 1960-1961 television season, Perry portrayed a handsome young attorney, Jim Harrigan, Jr., in the ABC and Desilu Studios sitcom Harrigan and Son, with co-stars Pat O'Brien, Helen Kleeb, and Georgine Darcy. He guest starred on numerous American television during the 1960s through the 1980s. One of his best known roles was that of Captain John Christopher in the Star Trek episode "Tomorrow is Yesterday". Other television series where he appeared as guest star or as a semi-regular cast member included Love, American Style, Ironside, The F.B.I., The Eleventh Hour, Barnaby Jones, The Facts of Life, and Falcon Crest. He was married to actress Jo Anne Worley (Laugh In) for twenty-five years. They divorced in 2000. They had no children. Since 2002 he has been married to actress Joyce Bulifant. Perry served as an intelligence officer in the United States Air Force during the Cold War. Description above from the Wikipedia article Roger Perry, licensed under CC-BY-SA, full list of contributors on Wikipedia.