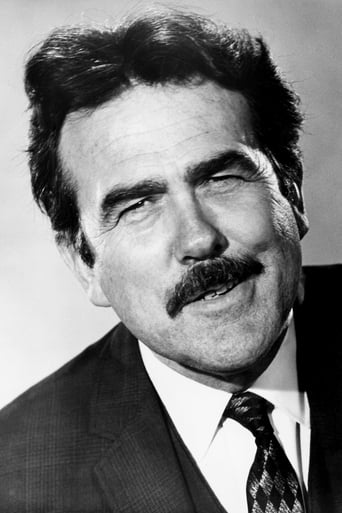 From Wikipedia, the free encyclopedia. Lonny Chapman (October 1, 1920 – October 12, 2007) was an American television actor best known for his numerous guest star appearances on detective dramas, including Quincy, M.E., The A-Team, Murder, She Wrote, Matlock, and NYPD Blue. He also appeared as a guest star on the CBS adventure/drama Harbourmaster, starring Barry Sullivan, and on the same network's anthology series The Lloyd Bridges Show. He guest starred too in several episodes of NBC's McCloud, which starred his long-time friend Dennis Weaver, whom Chapman had originally urged to go into show business. He also appeared in at least one episode of Gunsmoke opposite Dennis Weaver. In 1966, he appeared in the episode "Lone Woman" of Barry Sullivan's NBC western series, The Road West. In 1977, Chapman appeared in the episode "The Waterhole" of the short-lived Rod Taylor western series The Oregon Trail on NBC. Description above from the Wikipedia article Lonny Chapman, licensed under CC-BY-SA,full list of contributors on Wikipedia.