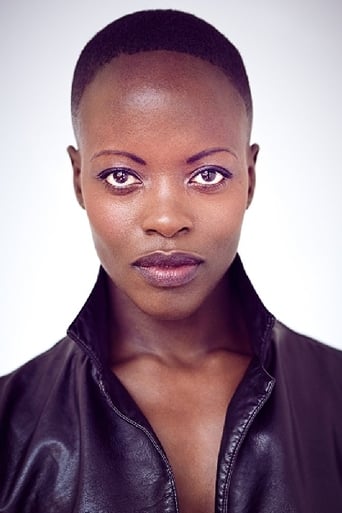 Florence Kasumba (born 26 October 1976) is a German actress of Ugandan origin. She is known for playing the part of Ayo in Captain America: Civil War, a role she will reprise in the upcoming Black Panther, other than acting in German and Dutch films. She also played Senator Acantha in Wonder Woman, and the Wicked Witch of the East in the NBC television series Emerald City.