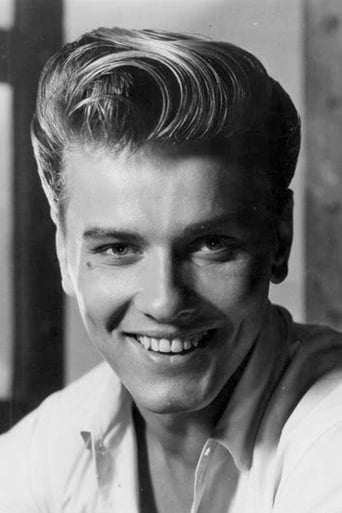 From Wikipedia, the free encyclopedia Richard Davalos (born November 5, 1935) is an American actor. Davalos starred in East of Eden (1955) as James Dean's brother and portrayed the convict Blind Dick in Cool Hand Luke (1967). He won the Theatre World Award for his performance in the Arthur Miller play A Memory of Two Mondays in 1955. In the Civil War television series The Americans, broadcast by NBC in 1961, he played Jeff, the younger brother who joined Confederate Army, in opposition to Ben, the older brother (played by Darryl Hickman), who joined the Union Army. Davalos is the father of actress Elyssa Davalos and musician Dominique Davalos and grandfather of actress Alexa Davalos (The Chronicles of Riddick). An image of Davalos appears on the covers of The Smiths' albums Strangeways, Here We Come, Best...I, and ...Best II. Description above from the Wikipedia article Richard Davalos, licensed under CC-BY-SA, full list of contributors on Wikipedia.