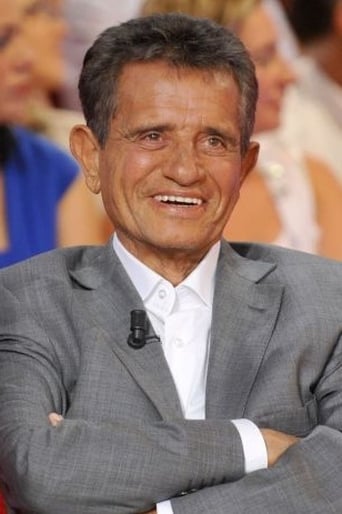 From Wikipedia Hamidou Benmessaoud (Arabic: حميدو بنمسعود‎; 2 August 1935 – 19 September 2013), best known as Amidou, was a Moroccan-French film, television and stage actor. Born in Rabat, at 17 Amidou moved to Paris to attend the CNSAD. In 1968 he made his debut on stage, in Jean Genet's Les paravents. Amidou is probably best known for his association with director Claude Lelouch, with whom he has shot eleven films, including the Lelouch's film debut Le propre de l'homme (1960). He made his debut in a Maroccan film in 1969, starring in Soleil de printemps directed by Latif Lahlou. His career includes roles in Spaghetti Westerns like Buddy Goes West and several American productions, including William Friedkin's Sorcerer, John Frankenheimer's Ronin and John Huston's Escape to Victory. In 1969 Amidou was awarded best actor at the Rio de Janeiro International Film Festival for his role in Life Love Death by Claude Lelouch, later he won best actor awards at the Cairo Film Festival (for Pursuit by Leila Triquie) and at the Tangier Film Festival (for Rachid Boutounes' Here and There). In 2005, he received at the hands of Martin Scorsese a Lifetime Career Award at the International Film Festival of Marrakech. He was also the first Moroccan actor to have won an acting award at the National Conservatory of Dramatic Art. Amidou died on 19 September 2013 in Paris, France. He was 78.