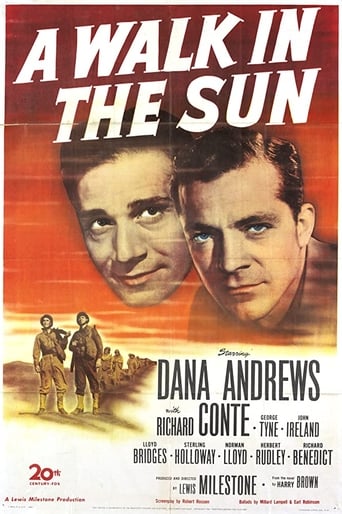 "THEY FOUGHT BEST WHEN IT WAS HOPELESS!"

In the 1943 invasion of Italy, one American platoon lands, digs in, then makes its way inland to attempt to take a fortified farmhouse, as tension and casualties mount. Unusually realistic picture of war as long quiet stretches of talk, punctuated by sharp, random bursts of violent action whose relevance to the big picture is often unknown to the soldiers. 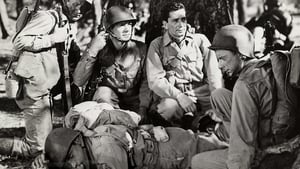 A Walk in the Sun