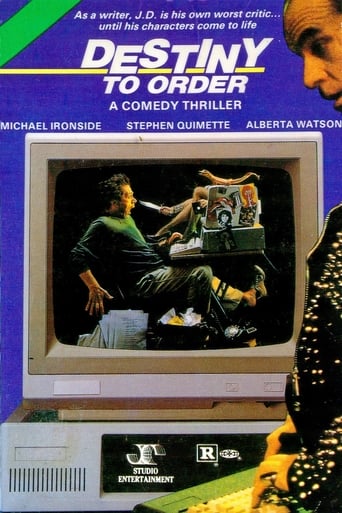 "As a writer, J.D. is his own worst critic... until his characters come to life"

A writer starts running into the characters he's created in real life. Alberta is his fantasy woman, who starts out as a sexy rock singer. However, when the bad guy in his novel (played by Michael Ironside) gets his hands on the manuscript and starts making changes of his own, they are all in for a wild ride.