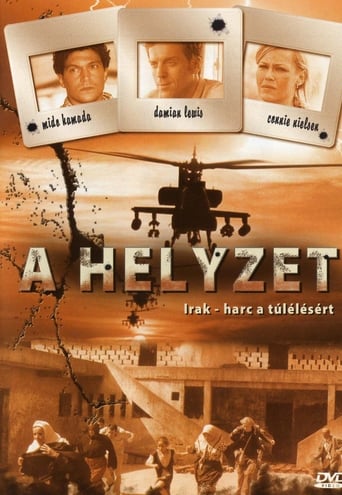 The first U.S.-made film drama set during the Iraq war, THE SITUATION chronicles the tragic death of an Iraqi teenager at the hands of U.S. soldiers. The incident sets off an "investigation," a cover-up, and complications involving Iraqi mayor Sheikh Tahsin (Saïd Amadis), who has a complex relationship with the Americans.